And I’m quite sad about it.

The day the news broke about Prince I watched on my Facebook feed as people were devastated!! I mean – truly devastated. To the point where I didn’t really understand it and it was starting to be a bit weird.

There were so many videos, pictures, memories and then I watched as thousands upon thousands went to First Avenue in downtown Minneapolis and spent the night dancing in the street. And thousands more gathered at Paisley Park. All kinds of people. From all over the country. They all had one thing in common.

Confession #2 – I have driven past Paisley Park hundreds of times since living here and had NO IDEA that’s what it was. NO IDEA.

My curiosity was peaked. I wanted to know more about why people were so distraught. I’ve never been upset over a celebrity passing.

So I went out to Paisley Park and found myself tearing up and crying. The letters people wrote, the pictures they brought, the momentos, the flowers, the balloons, they were all so moving. 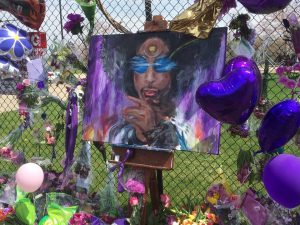 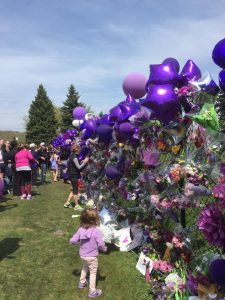 I finally started to understand. Prince was a one of a kind artist – hands down. He gave us Party Like It’s 1999 – haha! (I told you I was too young). This song I will always remember  – I spent NYE 1999 in a hotel in Phoenix on a band trip for the Fiesta Bowl – thank goodness the world didn’t end. The song played on repeat and repeat and repeat.

I finally understood. Prince brought a whole world of people together through his music, his actions, the way he treated people, and the happiness people experienced.

That’s what we all need in our life. We need to be brought together with strangers over a common bond. We are meant to be connected and so many times we are lacking in that particular aspect of our life.

It’s not always music. For some it is:

How do you connect with others?

What shared bond do you have?

I urge you to find that group of people and share an experience (s). I want you to be able to say “remember when we did _______ together.”

As Prince said “Dearly beloved. We are gathered here today to get through this thing called life.”

In the meantime, listening to a few top hits of Prince won’t hurt either. I have a lot of music to catch up on.