I grew up with the belief that I could do anything I wanted to do in life – which was awesome. I knew I would go to college, get a job, live my life, and retire. Sprinkle in my passion and I’d be good to go. No limits or boundaries.

I feel blessed to have grown up without the pressure to do things one certain way and was encouraged to try new things.

But I do think that my world view was small and my idea of “the sky is the limit”wasn’t very expansive.

Recently I’ve had some experiences where I was outrageously impressed by people who have created a life doing exactly what they wanted to do, risked everything, and chase life. They really got me thinking about my own life and how I want to live it.

You may have heard of this documentary because it recently won an Oscar. It follows free solo climber Alex Honnold as he became the first person to free solo climb  El Capitan in Yellowstone. In case you have no idea about rock climbing, this means he climbed over 3,000 feet straight vertical, on rock, WITHOUT A ROPE. One slip and he would have died.

Please go watch this movie. But to get you started (clips you can watch during your work day) START WITH THIS CLIP and then this is the trailer.

They interviewed his mom in the movie and she said “I could never ask him to not free solo climb, that would be worse than death to him.”  Can you imagine being so passionate about something that the idea of not doing it is worse than death?

Alex’s feat will go down in the record books as one of the most incredible human accomplishments ever. And while I doubt any of us will be attempting anything as crazy as free solo-ing, it’s worth noting that Alex had this goal for 10 years. 10 YEARS!!!! He dreamed of it, wrote in his journal all of his routes and exercise, and lived in a van for 9 years.

His story demonstrates to me that you can accomplish goals with focus, determination and time.

Although my dream isn’t to solo anything, you can find me spending a lot of time at the Minneapolis Bouldering Project – trying to be just like Alex. 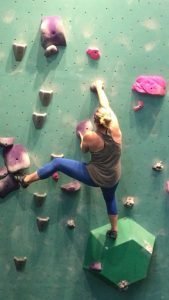 Imagine as a parent your kid decides to play the cello. You send them off to their room to practice and all of a sudden you hear them playing Nirvana (on a cello). You probably go in there, tell them to knock it off, and play their classical music for school tomorrow.

And then imagine that your kid keeps playing Nirvana and other hard rock, pop, and classic music and is now an adult touring the world selling out venues.

“Young Croatian cellists Luka Sulic and Stjepan Hauser, together known as 2CELLOS, continue to soar worldwide as music’s most electric and dynamic instrumental duo, taking the cello to unimagined heights with their incredible talent and undeniable passion. Their playing style breaks down the boundaries between different genres of music, from classical and film music to pop and rock. 2CELLOS have no limits when it comes to performing live – equally as impressive playing Bach and Vivaldi as they are rocking out to AC/DC and Iron Maiden.”

I went to their concert a few weeks ago and it was incredible. They remind me that it’s ok to take something classical (playing cello), add your flair, go against the grain, and show the world how amazing it can be.

Example 3: Fighting With My Family

This is another movie I saw recently and it tells the true story of WWE wrestler Paige and her family. She grew up in a wrestling family where everyone wrestled and it was their lifeblood.

I won’t ruin the movie for you but Paige ends up with a big time WWE career. However, when she first went to try outs she did not seem like she stood a chance. She didn’t look anything like the other girls, she was from outside London and talked with an accent, she was surprisingly unfit and had a chip on her shoulder.

It wasn’t easy for her, even with her talent. She almost quit, she had family turmoil but she also had a dream in her that wouldn’t die.

She grew up having kids make fun of her and her family because they lived and breathed wrestling. But the lives they impacted couldn’t even be counted.

It doesn’t matter if your dream seems crazy or you want to do something out of the stereotypical “box.”  As shown by these 3 examples, it probably won’t be the craziest thing yet.

What idea do you have??? EMAIL ME! Let me know.